or make 4 interest-free payments of $6.25 AUD fortnightly with 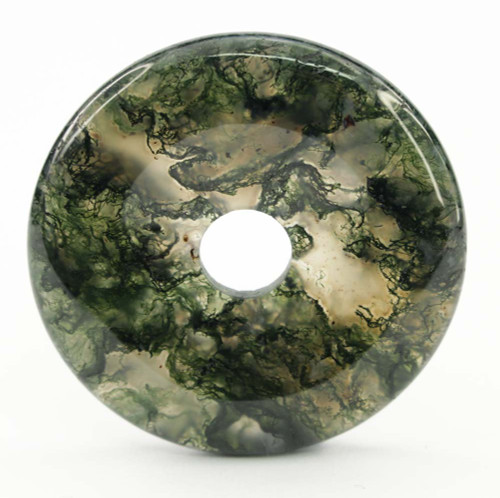 Moss Agate is a stone of new beginnings.  Refreshes the soul and enables you to see beauty in all you behold.  Moss Agate reduces sensitivity to weather and environmental pollutants.  It attracts abundance in wealth and improves self-esteem.  Develops strength and the ability to get along with others.  Inspires new ideals after periods of stagnation.  Moss Agate promotes self-expression and communication.  Balances the emotions, releasing fear and stress.  Encourages trust and hope.  It eliminates depression caused by brain imbalances.

In general Agates are a balancing and strengthening stone and have a stabilizing affect of the aura. It balances Yin/Yang and in turn also bring into balance the physical, emotional and mental energy bodies.  They enhance the attributes of whatever they come with such as dendrites in Dendritic Agate.  The have been considered a slower vibration than other crystals, however this allows them to have a longer lasting effect.  Agate may be used to awaken your special talents.  It increases perception as well as analytical possibilities.  Please see the different types of Agates in the information below.